Welcome Staci! What a great story you've brought to us, and I understand this is Book #2 from your Courage Series. I love the fact that your writing is always different, no two the same - and heroes...there's nothing like 'em.

I hope you don't mind, Staci, but I love what you said about White Knights and just have to share it!

One of the things I really love about this book and the whole series is the friendships that are formed.  I have a group of friends just like this.  Two of us became friends and the circle just kind of kept growing. You never know how it will grow next.

I also love the concept of a "white knight."  A.J. doesn't set out to be that for Eve.  In fact, he's quietly trying to blend into the woodwork, but the relationship these two have nearly from the start is just so great.  They can just be together. They can have fun simply being in each other's company. It's not about great dates or impressing each other.  It's just being who they really are and loving and helping one another through the tough spots of life.

Sometimes white knights can look tough on the outside, but I think we ladies need to realize that may not be all there is to the story.  Life can really be hard on a white knight who is trying to do what's right but who doesn't know exactly what that is or how to do it.  And even white knights need a safe place to fall sometimes.

In short, I love this story, and I think you will too!


Well, I certainly did! Here's a peek:

Hoping for some excitement and a little extra money, A.J. Knight signed up to be a Houston EMT. However, when he did, he never thought about the life-and-death situations he'd be put into or the lives that he might be called on to save. Worse, he never so much as considered the lives that might be lost while he was working to save them.

Eve Knox understands what it's like to have life ripped away in an instant. After the death of her first and only love in an unimaginable tragedy, she is struggling to go on with a life that seems to have been stripped of its former meaning. Hurting and alone, Eve knows her friends are just trying to help her cope, but their attempts to fill the void in her heart are starting to smother the spirit she once had. She sees no point in searching for love a second time, what happens when a second-chance love shows up in a way she never saw coming...

Keeping an eye on her little silver Celica wasn’t all that much of a problem. It, like her, shone like a brilliant supernova under every light it flashed through. A.J. retraced his mind through the night. They were fun—all of them. He liked hanging out with them. Even though he hadn’t been a charter member of their little group, it seemed like he had been accepted with no questions. A smile broke onto his face as Gabe and Dante’s jabs at each other floated through his mind. And even Ashley and Lisa, who had initially seemed so intimidating, actually turned out to be nice.

Then there was Eve. He was glad for how her life seemed to be going, glad she had found Dante after the horrible year she had been through. Dante was perfect for her—classy, cultured. He could blend right into her life without so much as a misstep. They were perfect for each other, and A.J. was happy for them—for Dante, but more for Eve. She was one special person, and she deserved to be treated with the respect that Dante obviously held her in.

As his exit neared, A.J. considered simply hanging back and following her to her turn. Jeff’s admonition to make sure she was okay as they stood on the sidewalk flashed through A.J.’s mind, but then he remembered her obvious annoyance with Jeff’s concern. No, she would know if he didn’t turn off. So, he pushed the pedal to the floor and raced to catch up with her.

When his car was even with hers, he glanced over into her window. The light of her smile was shining as brightly as ever. With a slight wave and a smile, he told her goodnight through two car windows going 70 on the freeway and then backed off and crossed the lanes to take his turn off. “God, I guess you’re going to have to keep an eye on her the rest of the way.”

A.J. smiled at the thought. God, it seemed, had done a pretty good job of that to this point.

Somehow Eve had thought that A.J. would find a way to follow her all the way home. Not that she wanted him to of course, but somehow she figured Jeff had told him to. When the little brown car disappeared into the darkness off the ramp, Eve couldn’t help but feel more alone than she had all night. She ran a hand through her hair and reached over to turn up the radio. She was a big girl, just like she had told Jeff. Fun or no fun, she was a big girl who was now on her own. The problem was it felt far more like no fun than anything.

White Knight is a treasure to read! Ms. Stallings wraps you up in this group of friends as if they were your very own then you can't help but feel for each of them, but especially for Eve as she struggles to find the reason and will to truly move on after losing the love of her life and all of the dreams that they shared.

What Eve doesn't know is that AJ, the paramedic who manages to bring glimpses of joy to her shattered world, has a secret that could not only destroy their budding relationship, but also send her into an emotional tailspin she might never recover from.

What a wonderful story! Ms. Stalling's characters are real people that you will laugh and cry with - and hope to meet again.

Now I have to go back and read the first story in this series! 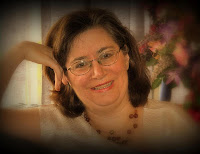 A stay-at-home mom with a husband, three kids and a writing addiction on the side, Staci Stallings has numerous titles for readers to choose from. Not content to stay in one genre and write it to death, Staci’s stories run the gamut from young adult to adult, from motivational and inspirational to full-out Christian and back again. Every title is a new adventure! That’s what keeps Staci writing and you reading.

Where to find Staci: