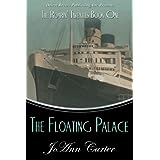 Seems I'm hearing a lot about you lately! As a matter of fact, as I put together this little visit, I realized I've actually read quite a few of your books (all White Roses I must admit). Daniella (just featured ), Teacher's Plans, By the Book, and Smuggler of the Heart to name a few. And I loved them all!

1) How old were you when you started writing?

I started later than most authors I know. I was twenty-six before I fell in love with writing. Whenever I think about it, it reminds me that life is a journey, and you never know what's around the next bend.

Well, that's not too bad! I think I was thirty before I penned my first.
2) I've only ever read contemporary novels by you, what made you write about this time period?

I wasn't planning on writing an historical novel. It kind of just happened... you see, my family and I went to the Shelburne museum and we had the opportunity to see and walk around the beautiful steamboat, Ticonderoga. A fun fact on one of the wall plaques caught my attention... in the 1923 they had their first stewardess. That started the wheels turning. Before I knew it, I was digging through the library to find out more about this time period, and the rest is... history. :)
3) How much of "you" is in your heroine, Ellie, who goes against the tide and insists upon being her own person?

This is a great question, and one I've never really thought about before, but it made me smile. I just glanced at my husband who's sitting at the table and asked what he thought. He laughed and said with a twinkle in his eye, "I'm going to let you answer that one!"

Ellie is definitely her own person, and I would never fit completely in her shoes. Yet, that being said, I can see a bit of me in her. If someone tells me I can't do something... it makes me want to try. Are you like that too?
LOL Sometimes...then again, sometimes I'm too chicken to try.

4) How many books are there going to be to this "Roaring Twenties" series, and are they all being written by you?
I've had so much fun with the 1920's, it's going to be a three books series-- something I've never done before. And yes, they all are (or will be) written by me. The second story, Mercies in Disguise will be released Feb. 15, 2012.

Here's the blurb:
Abigail Madison, a gentle quiet spirit, has always dreamed of a life away from her mother’s controlling ways. Even more than that, she’s dreamed of finding someone with whom she could share her life with. However, her shyness is often taken as aloofness and no marital prospects were anywhere to be found. What was to become of her hopes?
Stanley Fisher, the Steamboat pilot of the Ticonderoga, was drafted and fought in World War I. The experiences he lived though on the battlefield left him wounded -- but not in a way that the naked eye could see. Yet, when he meets Abigail, he yearns for a love like his best friend and Captain of the Ti, Philip found in Ellie. However, with his recurring nightmares from war, what does he have to offer to this special woman?
I'm working on the third book now. It's called Shifting Sands. It will be released September 15, 2012.

Sounds wonderful! I'm so glad you could stop by and chat.

Thanks for having me here, Donna!
My pleasure, JoAnn! Can we take a peek at the current one!

Of course! Here you go:

ELLIE DUNKLING’S life long dream has been to work on one of Lake Champlain’s steamboat, the Ticonderoga. There’s only one problem. Men, not women, are hired to work on ships. Ellie, however is determined to change that. After all, it is 1923 and far from the dark-ages.

Captain PHILIP LAWHORN is a man’s man. When Champlain Transportation Inc. informs him a woman has been hired to work on his ship as stewardess, he’s anything but pleased. First, he doesn’t appreciate the fact someone’s hired on his twenty-eight-member crew without his knowledge. Secondly, how is he supposed to handle this company mandated—sure to be—disaster?

Punctual to the second, Ellie watched the captain in fascination. He removed his cap and
jammed his fingers through his hair, which was as black as the boat's hull. A frown marred his otherwise handsome face as he strode toward her. He cut an imposing figure. No doubt about it, her self-confidence and years of being at the top of her class at the University of Vermont was to be put to the first real test.

Her pulse leaped, but she determined not to let any jitters show. "Pardon me?"

The captain shoved his cap back on and shook his head. "I can't believe this is happening to me."

His cool gaze made Ellie blink.

"I hate the politics behind this whole thing. All I can say is, you must know Mr. Trembley very well."

Ellie stood as tall as her five-foot-two stature allowed. Oh, why did he still need to tower over her? She called on every ounce of will power she had and pasted on what she hoped resembled a smile. "Captain, it's not my intention to bother you. I'd like to work for you."
He snorted, spread his feet shoulder length apart, and put his hands on his hips.
It seemed the captain wanted to stir up another World War -- and with her no less. Without stopping to think of the consequences, she quipped, "Sir, the war ended on Nov 11, 1918."

This sounds so cool! I must admit I haven't had a chance to read it yet, but I definitely will be!
Posted by Donna B at 12:00 AM